Two Recent Experiments With Google That Doubled My Blog Traffic 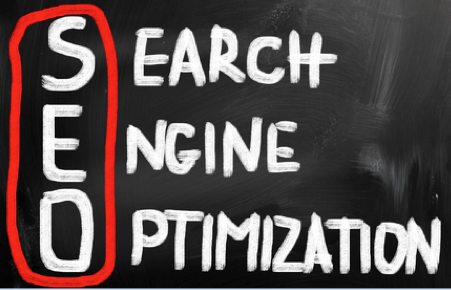 I've covered some of this in my new blog traffic guide coming out later this month, but I wanted to pass on some interesting experiment results to EJ Insiders in advance.

Here's a bit of background for you…

My blog, EJ, when it first started grew steadily during the first two years from 2005 to 2007, peaking around the 100,000 visitors a month level. That wasn't nearly as big as many of the top blogs, but it was more than enough for me to build a great business behind it.

Traffic seemed to steady at around this point and stayed there for years. I was a bit disappointed that the growth didn't keep going, but since I had plenty of people join my newsletter I wasn't too upset and instead turned my focus to monetization.

Fast forward to 2012 and I noticed my traffic started to decline. It wasn't anything sudden, but since I was focused so much on CrankyAds at the time I didn't drop everything to work on my blog traffic. I hadn't stopped blogging by any means, but clearly Google was changing things.

Within 18 months my traffic had halved. It wasn't a sudden drop like Google had penalised me, it was this slowly trending downwards curve, settling at around half of what it used to be in the “good old days”.

In 2013 we decided to close down CrankyAds so I returned all my focus back on EJ. I did some experiments in 2013 to try and stem the falling traffic based on the following assumptions –

The results of these experiments were negligible…in fact my traffic continued to decrease, which was pretty upsetting after putting in so much effort on some weeks to produce quality content.

What Did The Experts Have To Say?

I was getting pretty frustrated, so I decided to ask around a few people I know who are SEO experts.

The sad result of these discussions, even after looking at my data and seeing that my blog seemed to be doing everything right, was that they just didn't know.

SEO has become so far from a science that honestly, there is no such thing as an SEO expert anymore. You can be a content marketing expert or good at generating traffic, but no one can truly know what the search engines are up to. In fact sometimes Google seems to do some things that make no sense at all, for example, what Glen Allsop wrote about here –

By this time I had a theory on what was going on with my traffic, which Glen's article all but verified…

The conclusion I took away, which has since been backed up by another person who has been talking to people at Google, is that what used to be considered a good thing – having an old site with plenty of authority, is not nearly as good as what it used to be. In fact, as Glen illustrates, creating a brand new site will likely result in you ranking better.

Matt says that you need to make sure your site has a new modern design, and still updates with valuable content. You can't just expect the traffic to continue coming in if you haven't changed things since five or ten years ago.

I had updated my site design several times in the last couple of years and I was publishing some pretty amazing content all throughout that time, so I wasn't too impressed with what Matt had to say.

I did “read between the lines” so to speak, and came away with a few other ideas that might be responsible for my decrease in traffic (I will always say “might be” when talking about conclusions related to Google because there are no facts, only assumptions) –

The broad general conclusion from all of this is that freshness and engagement matter now more than age and established authority.

I'm still working on a broad range of changes to my blog to reflect these conclusions, however it appears that finally some of my efforts are being rewarded.

Of course I cannot conclusively say that results I have experienced in the last month are at all related to the changes I made because we are talking about Google, but based on timing I am pretty confident they are.

About a month ago my traffic jumped 20%, then a couple of weeks later it jumped again. It's now on track to reach almost back where it was. Fingers crossed things will continue to head in the right direction.

I'm fairly confident when I tell you that Google wants you to use Google+, the social platform they created to compete with Facebook, and will reward you if you do.

So the first thing you should do is set up your Google+ account if you haven't already.

On top of this, my first big experiment was to set up Google Authorship.

Authorship is how Google can identify what content online you create. It ties your name to your articles and then via Google+, you can stick your face along with your articles in search results, so it will look like this –

That first bump in my traffic occurred the day after authorship was turned on. It took about a week from setting things up for authorship and for my face to start appearing, but the results were instantaneous.

How I Set Up Google Authorship

There are plenty of how-to guides for setting up authorship, including the one from Google that I followed.

This is what I did –

That was enough for me to activate Google Authorship a week later.

I did have to make a few other adjustments due to how my blog was set up. One issue was that I personally have three accounts on my WordPress site, which were created over the years. My blog posts were spread across these three accounts, which also had different author boxes and usernames. I was concerned this might mean some of my blog posts won't be attributed to me in Google+, so I made sure to combine all my user accounts so only my one active WordPress user account owned all my articles.

I like this photo, but I realised when shrunk down because the background isn't white, it doesn't present as well as this one – 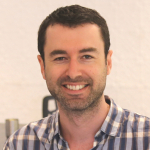 This photo has better background contrast (I should probably even get it changed to a pure white background).

I'm not 100% certain this made a difference, but I believe it might be responsible for the second jump in traffic since it seemed to occur around the days after I changed photos.

Experiment Two: I Removed The Datestamp From My Blog Post

This experiment is much more controversial, but it's something I wanted to test after reading Glen's article.

You recall my conclusion about newer sites ranking better now – I thought, what if I remove the datestamp from my blog posts?

If there is no date, it's difficult to know exactly when I published the article. My old posts will no longer be penalised just because they were written in 2007 instead of 2013.

Of course you'd think Google is clever enough to know when an article was published, so it might not make a difference to how an article ranks in search results.

It's impossible to really know, but I have noticed one significant change since I did this experiment: My blog posts in search results no longer list the date published.

I don't know about you, but when I search google and find an article written in 2007, unless it's one of those subjects that is timeless, I always prefer to find something published in the last 12 months.

By removing the date, the human beings who see my articles in search results won't know how old my content is so they will treat it as just as relevant. This might be “cheating” in some regards as my old content is old – some articles, especially about technical things, don't provide up to date information, however many of my articles about fundamentals are still valuable, so I want them to be considered equally along with fresher content.

Again I can't be certain, but the timing of that second bump in my traffic did seem around the same time that the removal of dates from my blog posts was reflected in search engines.

You won't find many people talking about this tip and whether it will make a difference to your own search results I don't know. You can of course always turn back on the datestamps easy enough (well your tech person can anyway!).

Have You Experimented Lately?

Those are my two most recent experiments. I've got a few more I am rolling out over the coming months and of course I will report back what is working for me to EJ Insiders first.

If you have any experiments you recently did that had a positive impact on your traffic I'd love to hear about them. Why not write a blog post or forum post and explain your case study?